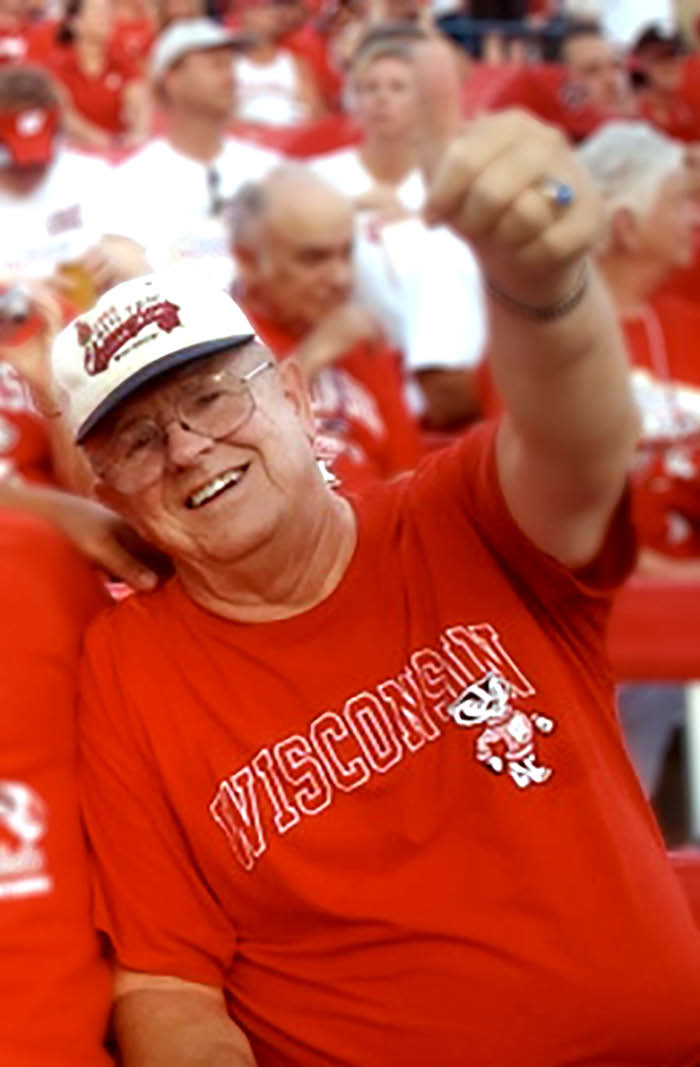 John grew up in Elroy, where he excelled in basketball, baseball, football and track. Some of his fondest memories were riding the railroad with his dad and brothers back and forth from Elroy to Chicago. John married the love of his life, Rosemary Massari, on June 16, 1962, and they were blessed with five children.

He worked for many years at American Motors in Kenosha, Wis., before moving to the La Valle area to raise a family with his wife, Rosie.

John was an avid Packers and Badgers fan, holding season football tickets for more than 40 years and season basketball tickets for more than 15 years. Some of his greatest memories are the Ice Bowl with his brother Phil, countless Badger football and basketball games, and tailgaters with family and friends. He was a former member of the Reedsburg Knights of Columbus, Lions, and Jaycees, and was in the automotive sales business for several years until his retirement.

John and Rosie had retired to the Northwoods/Minong area, where they made many lifelong friends and shared their love for the “cabin” with all who would listen. You could often find them at the round table at Wendy’s or with the “gang” for ﻿Taco Tuesday, or any day that ended with “Y.” It gave them an excuse to get together and dine at the local hotspots.

A Mass of Christian Burial for John will be celebrated at 11 a.m. Saturday, Jan. 2, at Holy Family Catholic Church in La Valle, with Father Sanctus Ibe officiating. Visitation will be on Saturday from 9 a.m. until the time of the service at the church. In lieu of flowers, memorials of remembrance may be made to the Knights of Columbus or Holy Family Catholic Church in La Valle.

The Farber Funeral Home in Reedsburg is assisting the family.