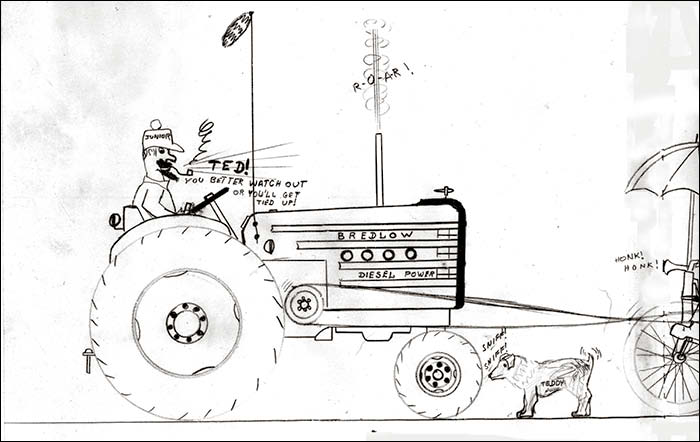 These two photos were inadvertently omitted from last week’s piece on Edwin Bredlow of rural Norwalk, who died earlier this month. Edwin was the last of the family that was best known in the area for their monster-size steam engines that rumbled across the area, harvesting the crops. (See Bredlow family members with one of their engines.) Done while he was stationed overseas in the 1950s, Bob Bredlow created a drawing as part of a quirky view of harvest time.