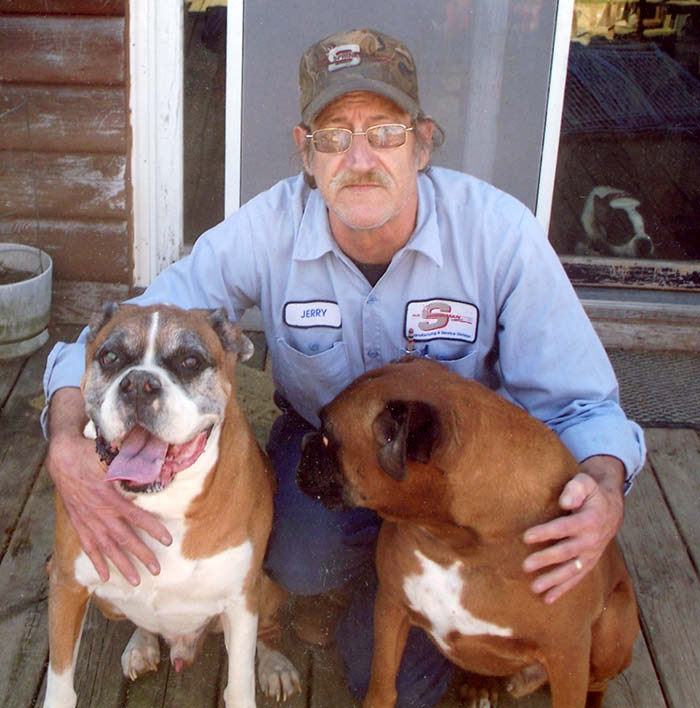 Jerry was born June 4, 1954, at the Reedsburg hospital to Earl Glumske and Helen Bender Glumske. He had a handful of jobs throughout his life. He started out at a young age with a paper route, delivered milk in his teen years, and as an adult was Head Polisher at Walker Stainless in New Lisbon and retired from Sprinkman in Elroy after more than 20 years. Jerry was a very dedicated member of the Elroy Volunteer Fire Department for many years and achieved the title of captain.

Jerry was united in marriage to Nancy A. Olson on Dec. 10, 1994, in Elroy. He enjoyed baseball, softball, fishing, hunting, trapping, morel hunting and watching the deer and birds in his backyard. He especially enjoyed his dogs. He had a talent with wood working and metal fabrication.

Jerry is survived by his mother, Helen; a daughter, Heather (Mark) Hemberger, and their children Katelynn and Tyler; a son, Chad (Notasha) Glumske and their two children, Chandler and EmmaLee; his sisters, Mary Sue Preuss and Karie (Mike) Puhl; a half-sister, Sharon Bresnehan; an uncle, Don (Bonnie) Bender; and nephews, a niece and many cousins and friends. Jerry was preceded in death by his wife, Nancy; his father, Earl; his grandparents; his great-grandparents; and his half-sister, Sandra Glumske.

Visitation will be from 11 a.m. to 1 p.m. Saturday, May 1, at the Picha Funeral Home in Elroy. The funeral service will be at the funeral home at 1 p.m., with burial to follow at Mount Vernon Cemetery in Hillsboro. For online information, go to www.pichafuneralhomes.com.