Wisconsin physician assistants want to ‘step up’ to fight coronavirus. State regulations may be getting in the way. 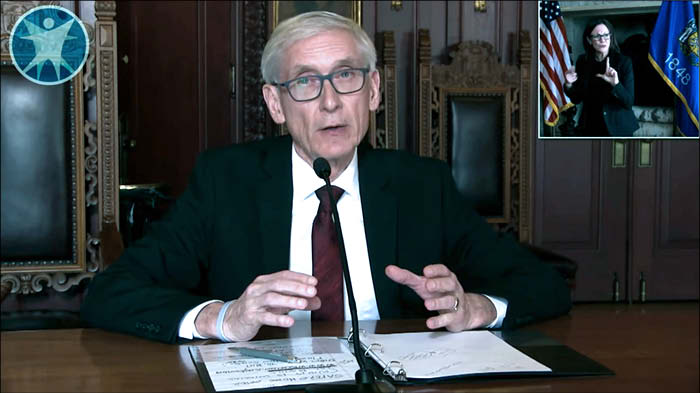 Wisconsin Gov. Tony Evers says his administration is looking “very actively” at relaxing regulations on medical professionals during the COVID-19 crisis. He is seen here answering reporters’ questions by video and teleconference on March 24. The state Department of Safety and Professional Services says emergency orders and administrative rules suspensions issued now would remain in effect for the entire declared emergency. (Wisconsin Department of Health Services via YouTube) 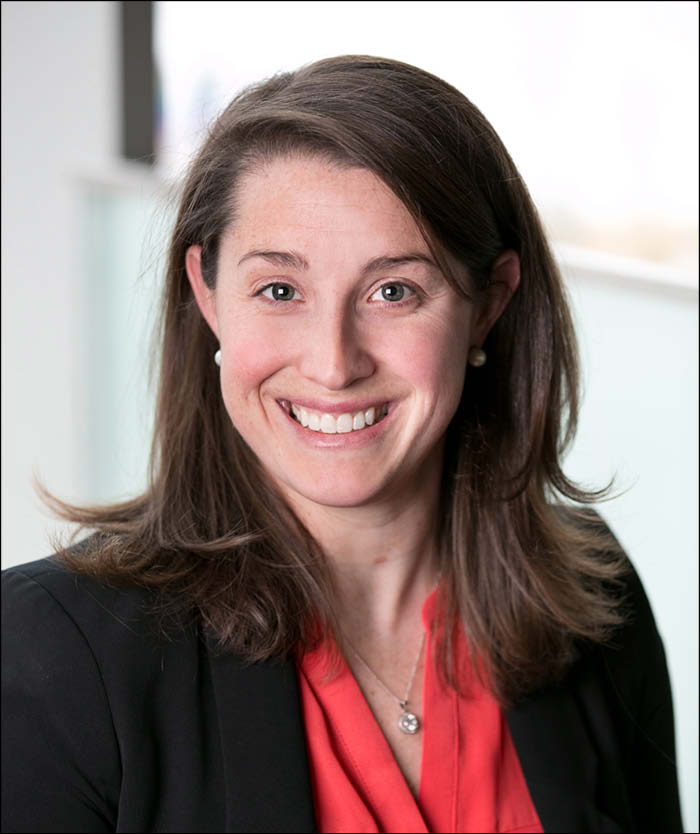 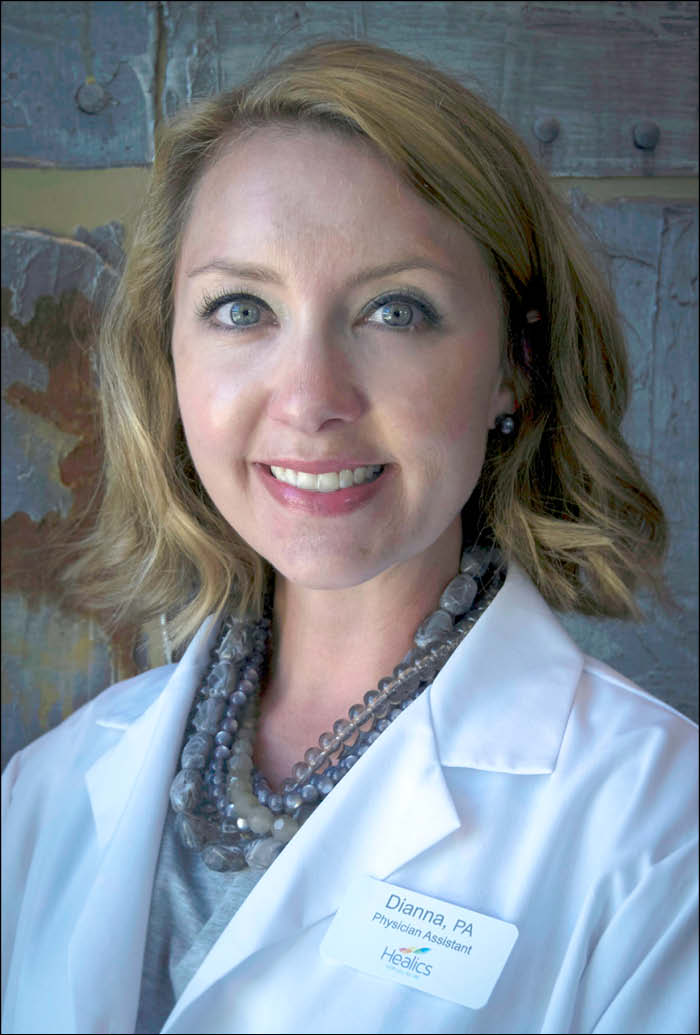 The COVID-19 pandemic began reshuffling Dianna Malkowski’s life last week. That was when Ascension Medical Group Jackson Street in Oshkosh, where she works as a physician assistant, asked her to start rescheduling patient appointments.

Aiming to protect healthy patients from unnecessary exposure to the virus, Malkowski delayed some appointments to May and June, while switching others to remote sessions. Suddenly flush with free time, Malkowski looked for other ways to lend her skills during the crisis.

A job ad caught her eye. Barton Associates, a national health care staffing company, sought health workers to deliver telemedicine services. Malkowski reached out, only to learn that the company was not hiring physician assistants in Wisconsin at the moment.

Now, Wisconsin’s physician assistants are calling on Gov. Tony Evers to change the regulations, allowing them to help during an all-hands-on-deck public health crisis.

Evers has signaled he is open to waiving certain health care restrictions during the pandemic, but he has yet to offer specifics. Several state professional boards are also considering loosening certain rules.

Physician assistants — often called PAs — are a type of advanced practice provider, a category that also includes nurse practitioners. They may act like physicians in many respects, prescribing medications, managing treatment plans and making diagnoses.

But Wisconsin requires a physician to supervise each PA, and each physician may oversee no more than four PAs at once. Wisconsin is among 39 states with limits on physician-PA ratios. As of 2018, most of those states had the similar 4-1 ratio, according to a guide from the American Medical Association. Eight states had ratios below 4-1.

That means staffing agencies interested in PAs from Wisconsin and similarly regulated states must also hire enough physicians to supervise them. Malkowski said the Barton Associates recruiter told her that is a costly proposition. The firm did not respond to an interview request.

Malkowski called it “very frustrating” that regulations could keep her on the sidelines during a pandemic that is exposing vulnerabilities in the nation’s health care workforce. The Barton Associates recruiter vowed to call again if Wisconsin waives or loosens its supervision requirements, Malkowski said.

In Wisconsin, physician assistants’ scope of practice — or the procedures and actions they are allowed to take — is restricted to that of their supervising physician, even if the PA is trained in other areas of medicine.

Thirty-eight other states, however, allow a medical practice to determine the scope of a PAs work, according to a guide on the Barton Associates website updated in January.

Jamie Silkey, a physician assistant in orthopedic surgery in Milwaukee’s Froedtert & Medical College of Wisconsin regional health network, said the urgent need for medical providers during the pandemic shines a “brighter light” on the need for flexibility.

If not for regulatory barriers, PAs, who are trained as generalists, could “step in and mitigate this gap we might have in health care coverage,” said Silkey, who is also assistant director for advanced practice providers at Froedtert.

Silkey said the state should allow PAs with intensive care experience, for instance, to work in ICUs, even if they typically work elsewhere in the hospital. But Wisconsin PAs can practice only in the specific area of the doctor listed on their license. Under current law, PAs who shift to the ICU would have to formally change their scope of practice and find another supervising physician.

“It’s doable,” Silkey said, but added the state could become overwhelmed with an influx of paperwork for a process that already can take weeks.

Wisconsin lawmakers earlier this year considered bipartisan legislation to ease restrictions on PAs — but the pandemic itself got in the way.

The Wisconsin Academy of Family Physicians opposed an early version of the proposal, saying it would shift the relationship between physicians and PAs in a way that “compromises the standard of care for patients by eliminating the necessary oversight from a licensed physician.”

The Assembly passed the amended bill in February, but the pandemic forced lawmakers to halt their session before the Senate weighed in.

Asked about those requests on a press call Tuesday, Evers said his administration was examining “all issues relating to the ability of us to relax regulations in this circumstance,” but did not offer details.

Meanwhile, the Department of Safety and Professional Services said the agency is working with Evers “on potential orders that would enable the state to respond more quickly and effectively to welcome new or returning health care professionals and position them to make the greatest impact on the COVID-19 public health emergency.”

Already, some of DSPS’ state professional boards are considering loosening regulations in response to other health care needs during the coronavirus crisis.

The Wisconsin Pharmacy Examining Board last week granted a request to allow pharmacists to reuse scarce personal protective equipment, while the state Board of Nursing planned Wednesday to discuss potential legislation and rules changes in response to COVID-19.

The state Council on Physician Assistants is scheduled to convene on April 7, while the Medical Examining Board plans a Friday teleconference.

‘Ready to step up’

Other states are loosening restrictions on PAs during the pandemic. Maine Gov. Janet Mills last week signed fast-tracked legislation to relax supervision requirements on PAs, while Iowa Gov. Kim Reynolds signed a bill to expand the role of PAs in that state.

A WhiteHouse.gov petition calls on the Trump administration to “immediately allow physician assistants full practice authority in all clinic and hospital settings.” It has drawn more than 2,500 signatures since March 22. (The White House agrees to review petitions that reach 100,000 signatures.)

In Oshkosh, Malkowski said she still wants to help during what feels like the calm before the COVID-19 storm. She has volunteered to help out in Ascension’s respiratory symptom clinic and the emergency room.

This story comes from a partnership of Wisconsin Watch and Wisconsin Public Radio. Bram Sable-Smith is WPR’s Mike Simonson Memorial Investigative Fellow embedded in the newsroom of Wisconsin Watch (wisconsinwatch.org), which collaborates with WPR, PBS Wisconsin, other news media and the University of Wisconsin-Madison School of Journalism and Mass Communication. All works created, published, posted or disseminated by Wisconsin Watch do not necessarily reflect the views or opinions of UW-Madison or any of its affiliates.