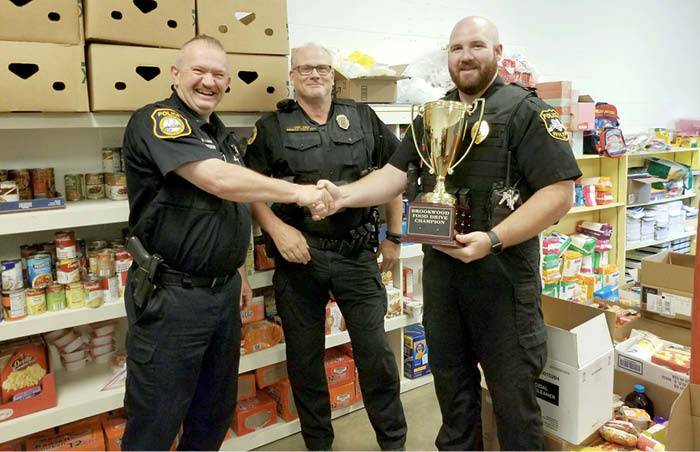 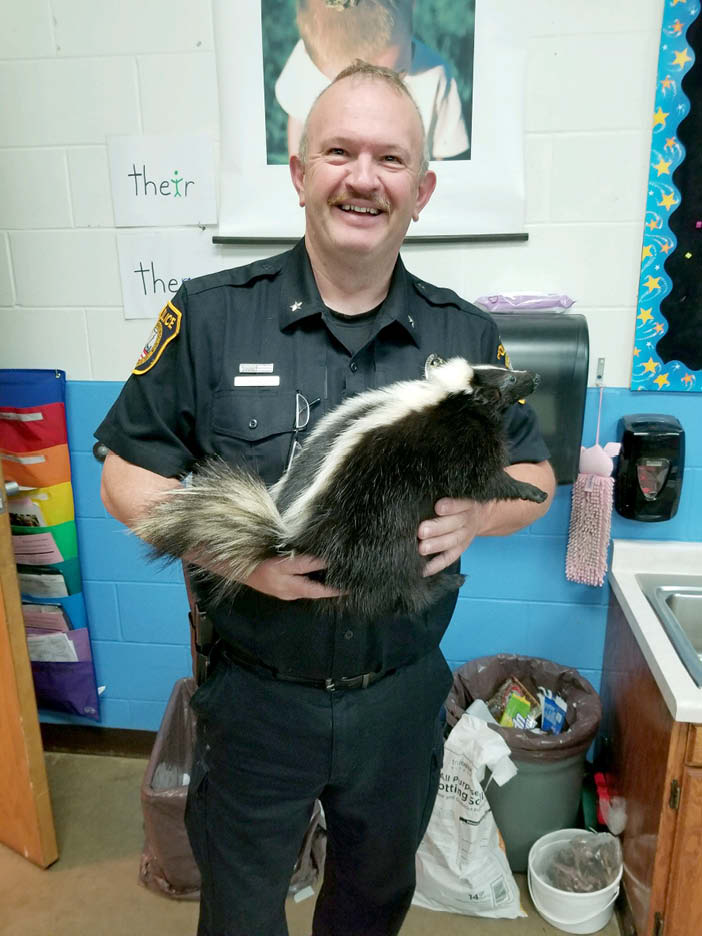 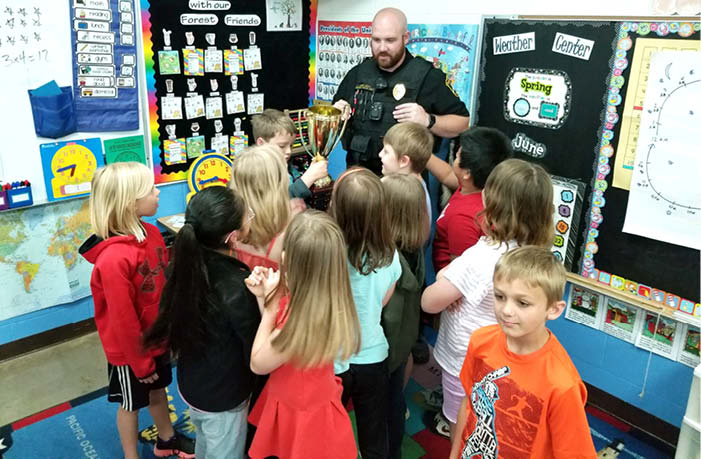 Second-graders gather around Likely after he receives the trophy. (Ontario Police Department photo)

Wilton is the victor in in a food-drive competition among the Wilton, Norwalk and Ontario police departments.

Garnering 825 items in May, Wilton led the pack, followed by Ontario with 804 and Norwalk with 238. The food was donated to the Norwalk-Ontario-Wilton School District’s Falcon Food Pantry and will be distributed among about 90 students. ﻿