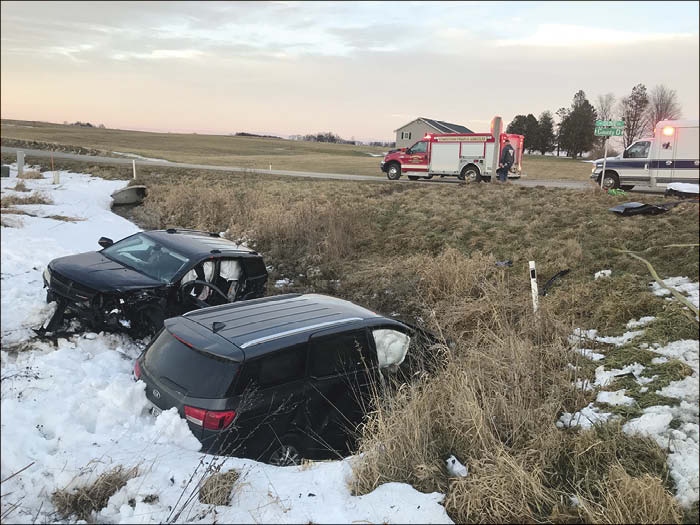 The Monroe County Sheriff’s Office responded to a two-vehicle crash at about 3:48 p.m. today at Highway 33 and County Highway D in the town of Jefferson, between Ontario and Cashton.

In the northwest ditch, officers located a gray 2016 Kia Sedona with heavy front-end damage next to a black 2018 Dodge Journey, also with heavy front-end damage. Police determined that the gray Kia had failed to yield the right of way from the stop sign while traveling north on County Highway D, and then had been struck by the oncoming Dodge that had been traveling west.

The driver of the Dodge was taken to a medical facility by a Gundersen AIR emergency medical helicopter for possible serious injuries, and the passenger was taken to a medical facility by Sparta Area Ambulance for possible serious injuries. The two occupants of the gray Kia sustained minor injuries, and the driver was cited for failure to yield right of way from a stop sign (causing injury).

The sheriff’s office is withholding the names of the vehicles’ occupants and is investigating the crash.