Monroe County and World War I: ‘The War to End War’ | Part IV: ‘The Terrible War’ 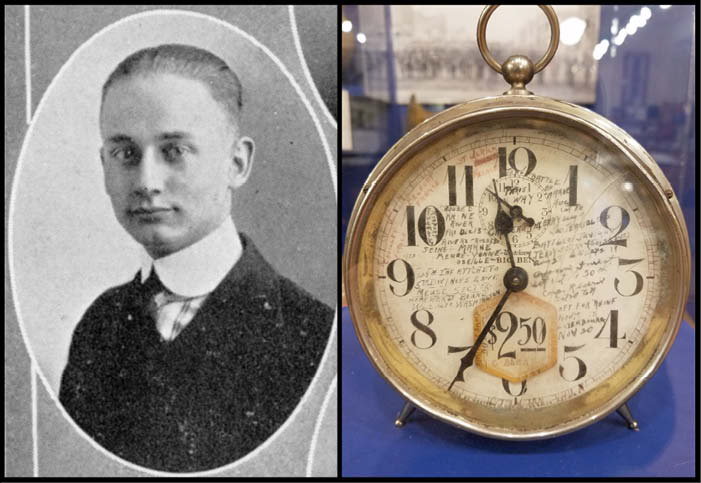 Author’s note: The United States is currently recognizing the centennial of the United States’ involvement in World War I. The U.S. was in World War I from April 1917 until the Armistice ended it on Nov. 11, 1918. Both the Sparta and Tomah NationalGuard companies were ordered to federal active duty as rifle companies in the 128th Infantry Regiment of the 32nd Infantry Division. Hundreds of county residents served in the armed forces during the war, and 41 died while in the service. Countless others supported the nation’s war effort at home.

Between now and Veterans Day, Nov. 11, the Monroe County Local History Room will partner with this newspaper to publish transcriptions of letters written by Monroe County soldiers while serving in Europe during World War I. We will also share articles about what life was like for those living in Monroe County during the war and exploring the topic of anti-German sentiment during World War I. These letters and stories are to help us living today better understand what it was like for Monroe County residents to endure the “war to end war,” whether on the front lines or on the home front.

This week’s letter was written by Harlow Hoag of Tomah in August 1918. Born on March 15, 1899, Hoag was the son of Bert and Esther “Etta” Hoag. He graduated from Tomah High School in 1917 and enlisted soon after. During World War I, he served in the 128th Infantry Band. After the war, he returned to Tomah and ran a jewelry shop with his brother. He also married Hertha Krueger, had children, and served one term as Tomah’s postmaster. In 1936, he purchased a jewelry store in Sparta; the following year, he and his family moved there. He died on April 11, 1972, at the age of 73. Hoag wrote the following letter to his mother while stationed in France. In it, he recounts his experiences in battle, expresses his desire to be home, and mentions the death of Quentin Roosevelt, a pilot who was the youngest son of former president Theodore Roosevelt.

Received mail yesterday, believe me I sure was glad to hear from home. We have been up to the front that you read about.

During our time at the front I was on detailed service with the 125th Reg. as [liaison] between the 125th and 128th. They have non-commissioned officers to carry messages between Regiments. The assistant Band leader, Joe Hendrickson was on the right and I was on the left. I got a little gas in my lungs, but not much, and then we had sneezing gas. Joe got gassed, we were under shell-fire and gas off and on for six days, but that wasn’t bad. Mustard gas is terrible it burns right through you.

We only had two casualties in our Band, Joe Hendrickson was gassed but is coming along fine, and our Baritone player was shell shocked.

Since my last letter I have passed through much and seen more. If I were to go back tomorrow I think I could say I have seen about the worst part of this terrible war.

We have had many experiences [too] numerous to mention, that has not been published and never will be. I can tell you when I get home as they will stay printed in my mind as long as I live. There are so many dead boches [Germans] and horses around here that when we were at the front and advancing which we always do, we walked through the woods and over fields and we had to walk careful or we would step right on them.

Yesterday the Commander of our division commented on the wonderful work of our Regiment during our eight days at the front also our wonderful advance and told us a few things we had to do in the future, then last evening the Boche aeroplanes came in and around our locality on a bombing expedition, they made things warm for a few hours.

Aug. 18 — Today is the day we can put on our first service stripes for six months service in the A.E.F. We left the U.S. Feb. 18th. By the time you receive this letter it will be a year since I have seen any of you folks. It don’t seem possible. I figure I will be home by next April, as we think we can lick the Kaiser in that length of time.

They are whipped now but the Kaiser and his aristocracy are figuring a way to save themselves.

We didn’t believe the fellows when they said that an aeroplane bomb made a hole large enough to put a house in, but we know it now. A large Aeroplane bomb makes a hole about twenty feet deep and about thirty or forty feet around. We don’t know one minute what we are going to do or where we are going the next.

I would like to get a hair cut and sit up to a nice chicken-pie dinner cooked by mother, and have a little piece of pie about two foot in diameter.

I am enclosing a clipping of how the American took care of the grave of Quintin [sic] Roosevelt. You may have read of it but it happened just recently.

Author’s note: Learn more about life during World War I by visiting www.MonroeCountyHistory.org.