Monroe County and World War I: ‘The War to End War’ | Part II: The Soldier’s Life 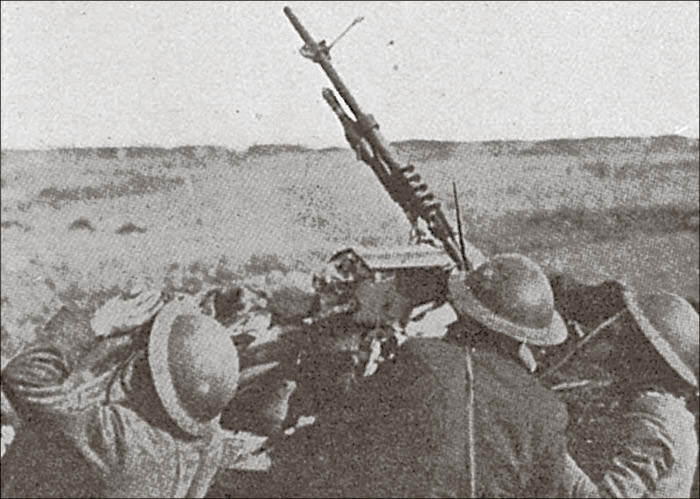 The U.S. was in World War I from April 1917 until the Armistice ended it on Nov. 11, 1918. Both the Sparta and Tomah National Guard companies were ordered to federal active duty as rifle companies in the 128th Infantry Regiment of the 32nd Infantry Division. Hundreds of county residents served in the armed forces during the war, and 41 died while in the service. Countless others supported the nation’s war effort at home.

This week’s item is a transcription of a letter written by Albert Willgrubs to his brother Ernest in June 1918. Willgrubs was born on March 15, 1892, in Cashton to Henry and Frieda Willgrubs. As a young man, Albert enrolled in the agricultural school in Madison. When the United States declared war, Albert enlisted in the army. He served in Company L of the 32nd Division. After the war, he returned home and resumed farming. In 1927, he married a local teacher named Verona Luetke and purchased a furniture store owned by his father-in-law, Fred Luetke, who also worked as an undertaker. Albert and Verona both attended an embalming school in Milwaukee, and then returned to Monroe County and ran the business until 1951. Albert died on Sept. 11, 1980, at the age of 88. Albert wrote this letter to his brother Ernest from “somewhere in France” on June 29, 1918. It shows how a soldier’s daily life was a mix of seemingly mundane tasks and moments of absolute terror.

Just got back into civilization again after another hitch at the front line, and am in a little village in billets for a while to clean up and do some washing. There was no mail here this time but expect to get some letters in about two weeks in answer to mine. We got paid day before yesterday, and I got three months’ pay all together and will sign the next pay roll in a few days. Yesterday I gave the Y.M.C.A. man 200 francs to send home for me. I think the money will be sent from a [New] York bank and amounts to $35.09 so I will have no more to do with it. Write and let me know as soon as it arrives, because if you do not get it within three months, I will turn the receipt in to the Y. here and have things fixed up right. The Y. gets a supply of tobacco, chocolate, canned goods, etc., about twice a week, and then you ought to see the rush. It only takes a few hours to sell a big truck load of goods, but it is great work, as it is the only chance for us to get anything. I suppose I will get no chance to taste ice cream for any of the soft drinks until we get back to the states. But the way the battles are going now, it seems as if the end is not many months away.

Do you know any news from any of the old company boys from around home? Most of them were transferred into another outfit before I got back. I have not heard a word about the other fellows from Melvina and Cashton excepting Ostrander, who is with us.

There has not been much excitement on our sector, about the only activities being night patrols and raids. You ought to live with us a while to get hard boiled. It is nothing to go two weeks here without changing clothes. In fact, we have to sleep with everything on so as to be ready at a moment’s notice to get to our post. Most of our sleeping is done through the day, and stand on watch from 9 p.m. until 5 in the morning. There is lots of big timber throughout this section, and it certainly is a shame to ruin so much of it. The heavy artillery sure mows it down in great style and makes lots of standing timber unfit for use, as it has little bits of shrapnel stuck all over it.

We have been in little danger from rifle fire. It’s the shelling that scares us the worst. One never can tell when a shell will strike, as they go whizzing overhead a good share of the time. Each kind of shell and each size has a song of its own. The other day some shells came from a gun so far away that the firing of the cannon itself could not be heard. Machine guns also make a fellow step lively. A few days ago, some machine gun pills came through the shack where we were sleeping, but by this time we are used to it, and don’t mind a shelling unless it gets to be next door neighbors. We also see much aeroplane bombarding, and whenever an enemy scout plane comes prying around, the anti-air-craft guns start working. The boys are using lots of bum ammunition, and lots of shells do not explode at all. One day I went to a listening post ahead of the lines to get a glimpse of a German town. I was real close to it, but it is deserted.

If you read “Over the Top,” you will know what pets the rats are in the trenches. How would you like to wake up to feel something tickling your nose and then realize that one of the pets is smelling your nose before nibbling? Ha! ha! And then there are the crumbs or bugs. But they have not bothered me yet. The saying is that one has to get them before being a soldier.

I suppose you will be celebrating the fourth in Cashton again this year. Last year I was on guard, and perhaps will do the same thing this year, but hope to spend Christmas at home.

Today I am going to make an allotment to have about 15 dollars a month taken out of my wages and sent home. This will be taken care of in Washington and will take effect about the same time that my Liberty Loan is paid up. So I expect the first allotment to be taken out of August pay, but it may be quite a while later before you hear from Washington, as they are very busy there. When the Liberty Bond is paid for, I suppose it will be sent home to father. Well, I must close now.

Be sure to write and tell me all the news. Lots of love to all.

Author’s note: Learn more about World War I servicemen by researching them at www.MonroeCountyHistory.org.