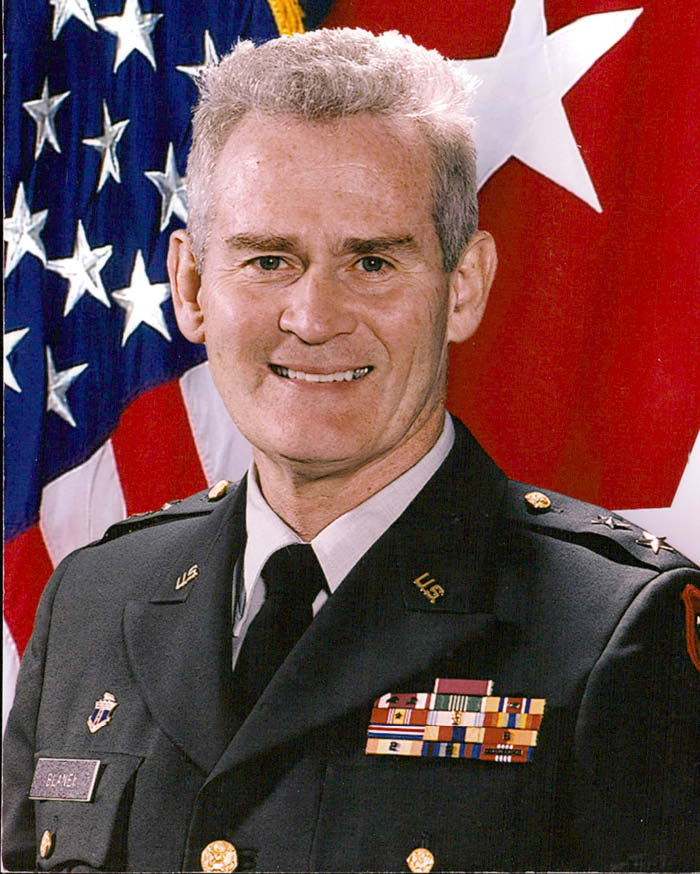 Major General James G. Blaney passed away peacefully on Sunday, Oct. 18, 2020, at Alden Estates in Jefferson, Wis., with his wife, Ramona, at his side.

He was born on Oct. 17, 1938, in Ontario, Canada, to Alexander F. and Ethel (O’Rourke) Blaney.  James graduated from Kendall High School in 1957. He earned a Bachelor of Science degree from the University of Wisconsin-La Crosse in 1964 and completed his master’s degree in 1969.  He is also a graduate of the Wisconsin Military Academy, 1963; Command and General Staff College, 1979; and the United States Army War College, 1984.

He married Ramona Kane on April 26, 1991, in Woodstock, Ill. James taught physical education in the Milwaukee area for over 25 years, ending his teaching career at Waukesha North High School.

He enlisted in the Wisconsin Army National Guard in 1960 and had a full and impressive career, becoming the Adjutant General for the State of Wisconsin National Guard and Emergency Management in 1996. He was honored at his retirement in 2002.

James is survived by his wife, Ramona Kane-Blaney of Oconomowoc, Wis.; and his sons, Gary Blaney of Belleview, Wash., and Scott Blaney of Phoenix, Ariz.

He is preceded in death by his parents and his siblings, Alex Blaney, Patricia Stiles and Sandra Alderman.

Memorials in James’ name may be made to a veteran’s organization of your choice.

A Graveside Committal Service will be held on Friday, June 4, at 11 a.m. at the Glendale Cemetery in Kendall, with military honors by the Wisconsin Army National Guard and William J. Schriver American Legion Post 309, Kendall.  Chaplain (Ret.) Chuck Peterson to officiate.

The Smith-Nelson Funeral Home in Kendall is assisting the family with services.  Online condolences can be offered by visiting www.sonnenburgfamilyfh.com.