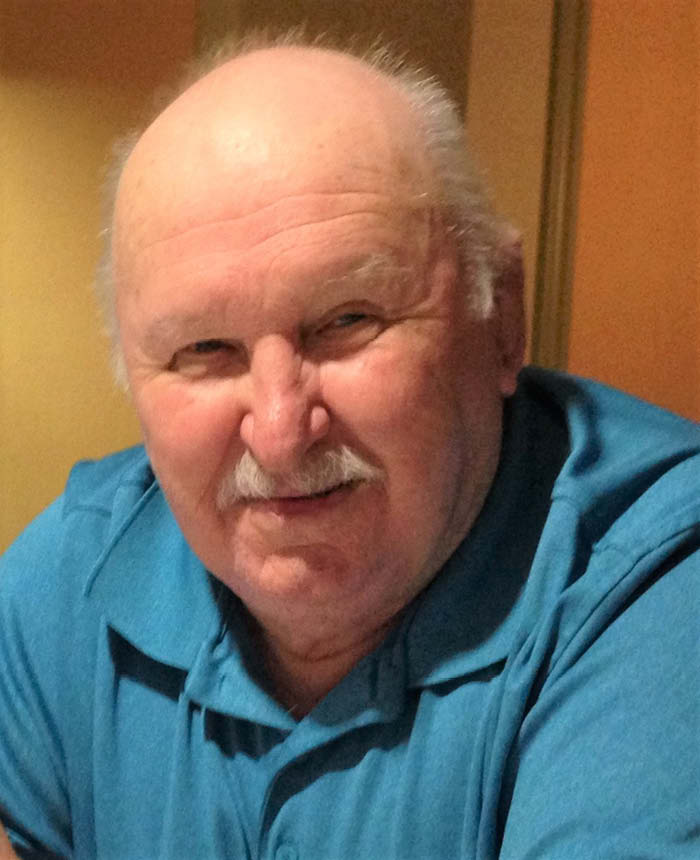 During his grade-school years, he went to Sutcliffe Corners one-room schoolhouse. For grades six, seven and eight, he attended St. John’s Lutheran School in Burlington, Wis. He completed four years at Burlington High School graduating in 1963. After high school, he went to work on the Ed Weiland farm in Kendall.

Larry joined the United States Navy in 1964, attending basic training in Great Lakes, Ill. He was sent to Memphis, Tenn., where he trained as an aircraft mechanic.

He was assigned to Attack Squadron 125 out of Le Moore, Calif., where they trained fighter pilots for the Vietnam War. He was stationed there until his discharge in September 1968.

On Dec. 18, 1965, Larry married Rita Bray, the love of his life. She joined him in Le Moore, Calif., where they spent the first three years of their marriage. They were blessed with three children. Gregory Paul and Michael Todd both were born while he was stationed in California. Cindy Jane was born a few years later, as the family settled in Madison.

Larry, better known as “Moon” or “Uncle Lar,” was a kind, down-to-earth person who never spoke a bad word about anyone. He enjoyed hunting, camping, cutting wood, watching TV, roller skating in his younger days, and being “on the farm.” He loved to do things with his “Other Brothers,” Rex and John Kiel, even though they are actually his cousins. During deer-hunting season, there were many stories told around Nelson and Opal Bray’s kitchen table and later at Larry’s home in Kendall, where a bed was always available for the hunting crew. He was a proud member of Operating Engineers Union, Local 139, and Kendall American Legion Post 309. Larry worked for Amble Landscaping for nearly 30 years, ending his Operating Engineer career at The Bruce Company in 2002.

Larry and Rita retired to Kendall, where they enjoyed time with friends and family. They spent many vacations visiting national parks and enjoying lakes in the north woods. Larry looked forward to going on “quilt runs,” although he spent most of the time in the car while Rita shopped. In the last few years, there were thousands of card games.  He would get a little twinkle in his eye when he thought he was going to win.

He is survived by his wife of 53 years, Rita; his son, Michael (Jodi Greenwood); his daughter, Cindy; his sister, Vicki (Robert) Kenngott; Jodi’s daughter, Katelyn (Tom) Statz; their daughter, Rael﻿ynn; and Jodi’s son, Garret; as well as his aunt, Beatrice Burkhalter; his sisters-in-law, Pat (Verlyn) Brey, Nina Wendland and Pat Williams; and many nieces and nephews, cousins, hunting families and friends.

In death, he will be reunited with his son Greg, who passed away in 1989. Also preceding him in death are his parents, Frank and Gladys Mullen; his parents-in-law, Nelson and Opal (Malosh) Bray; and his aunt, Margaret (Butch) Kiel.

A celebration of life was at 11 a.m. Monday, Oct. 28, at St. John’s Lutheran Church in Kendall. Pastor Larry Neitzel officiated. Burial will be in the South Ridge Cemetery, with military honors provided by Kendall American Legion Post 309. The family requests memorials be given in Larry’s honor to the restoration of Glenwood Park, payable to Village of Kendall, 219 W. Railroad St., Kendall, WI 54638, with notation for Park Fund.