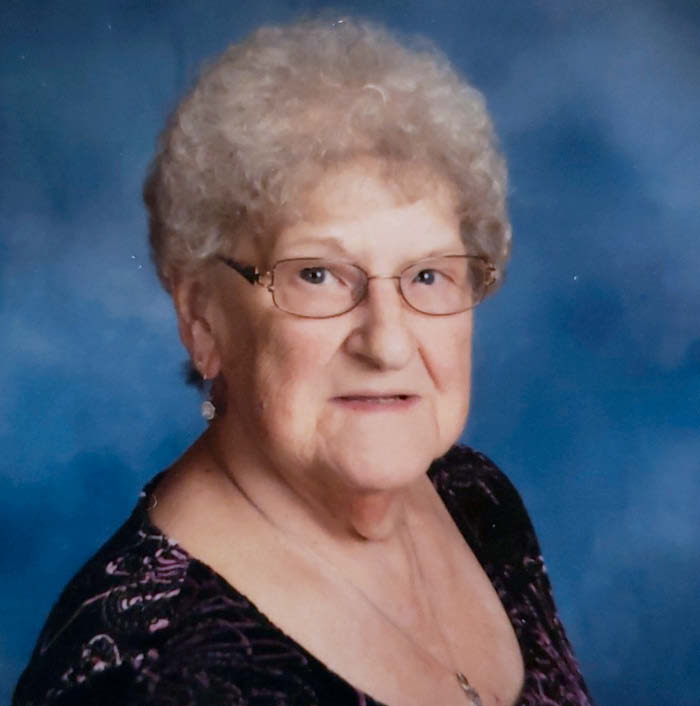 Janet A. Anderson, 82, of Norwalk passed away peacefully Thursday, Jan. 16, 2020, at the Mayo Health Center in La Crosse.

Janet was born Oct. 22, 1937, to Charles and Rosina (Laufenberg) Heilman. She grew up on St. Mary’s Ridge and graduated from Sparta High School. Janet went on to telephone operator school in Chicago. Her first job was in Janesville, where she met a handsome Navy man from Blue River, Wis., who drove a fancy car. It was the car that first caught her eye. They courted long distance for quite some time. On Sept. 13, 1958, Janet married John Anderson on St. Mary’s Ridge.

When Janet moved to Norwalk, she worked for “Ma Bell” in the tiny telephone office in town. She later took a job at Fort McCoy, working the switch board for over 52 years as “Operator Number 1.” This was a title that she wore proudly; even her car license plate read OPR 1.

Janet may have been small in stature, but her personality was large as life. She had a spunky attitude and a great love of people. Janet had her own unique style, which was one of the reasons she sold Avon for over 30 years. Her added flair made her a perfect salesperson for nail polish, jewelry and makeup.

She was very civic minded and loved the Norwalk community. Janet was one of the charter members of the Norwalk Lioness Club. She also was very active in the St. Augustine PCCW and the Catholic Order of Foresters, and she was an original member of the CCA (“Coffee Clutchers Anonymous”) in Norwalk. She loved this group of women.

Janet loved to read books. Many did not know that she would always read the last page or two before she started a book. She did this so that she could enjoy watching the characters evolve throughout the book, and also to know if she wanted to read it or not. Janet also loved playing solitaire (not on a phone). She had a real passion for music and playing her keyboard and was always so excited to see her grandkids and their babies. Grandma Janet was a baby magnet, related to her or not — she loved them all the same.

Janet was preceded in death by her husband, John, in 2003; an infant son, Joseph John; her parents; and a son-in-law, Douglas Czarnik.

A Mass of Christian Burial will be at 1 p.m. Friday, Jan. 24, at St. Augustine Catholic Church in Norwalk. Father Michael Klos will officiate. Burial will follow at a later date in the church cemetery.

Family and friends are invited for visitation Thursday, Jan. 23, beginning at 3:45 p.m. with a rosary and prayer service and continuing until 7 p.m. at St. Augustine Catholic Church. Visitation also will be held on Friday from noon until the time of service.

The Torkelson Page-Smith Funeral Home of Norwalk is assisting the family with arrangements. Online condolences may be offered at www.torkelsonfuneralhome.com.