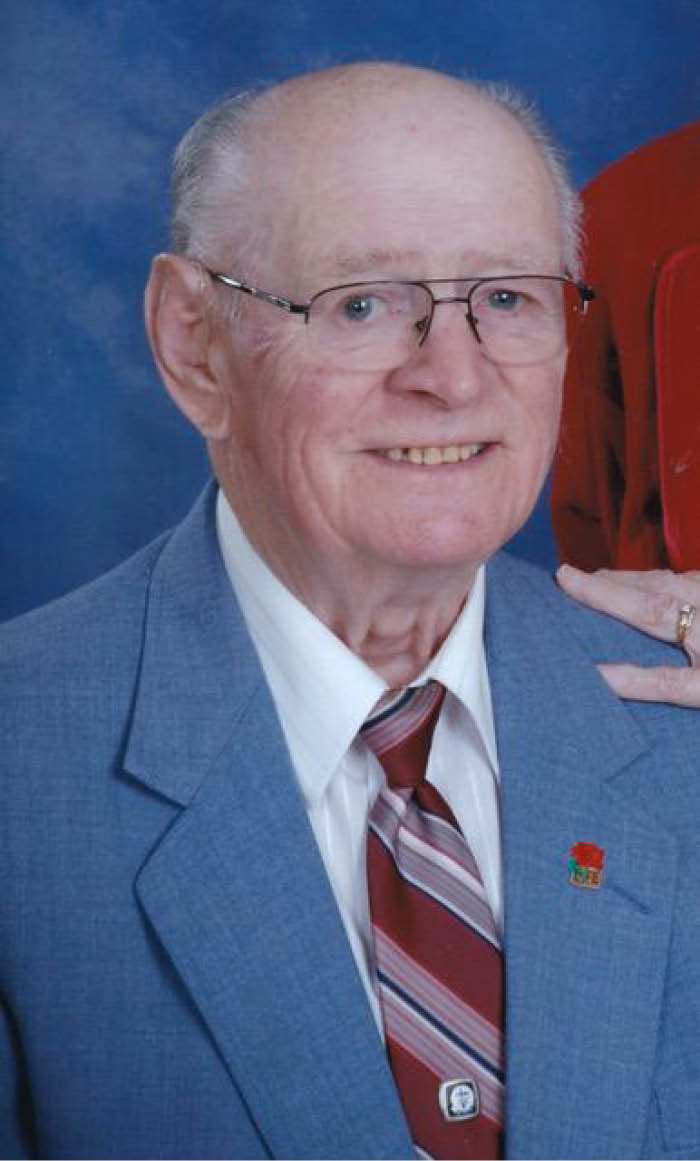 Harold (Harry) A. Brueggen, 86, of Sparta and formerly of Cashton passed away Sunday evening, March 3, 2019, at Mayo Franciscan Hospital in La Crosse.

Harry was born Dec. 2, 1932, to Herman and Margaret (Mlsna) Brueggen. He attended grade school at Pine Hollow Catholic School in rural Cashton. On July 21, 1954, he was united in holy matrimony to Marie T. Sullivan at St. Mary’s Catholic Church in Cashton.

Harry had many trades throughout his working years. In early years, he drove a gravel truck, farmed, was a gas station attendant, and worked at the Badger Grocery store in Cashton. Personal and business relationships were very important to him. He was a salesman for Cashton Motor Company for most of his working career. The last eight years of his selling career were spent working at Hundt Implement.

Never one to sit still or let too much grass grow under his feet, Harry built a shop onto his garage, and then bought out a shoe repair business in Sparta. As it was always a trade Harry had hoped to learn, the prior owner would come to Cashton and teach him one night a week until he had perfected the trade. Harry enjoyed this pastime for almost 18 years. His motto was “I will heel you, I will save your sole, I will even dye for you!”

Harry’s parents were polka musicians who instilled the gift of music in him at a young age. This generation of music-makers played by ear. He became a rhythm-guitar player with the family band and began playing with some of his siblings and his dad’s band “Herman and the Jolly Dutchmen.” He continued with family bands, including The Ridgeland Dutchmen and Gary’s Ridgeland Dutchmen. His most proud days of performing were the years when his three daughters, Donna, Carol, and Kathy, joined Gary’s Ridgeland Dutchmen as The Polka Mass Trio and performed and led service music in area churches. Harry and Marie even flew the girls to Arizona on a weekend to perform with the band at a Polkafest in Apache Junction. Harry played for almost 50 years, retiring from the band in 1998. The friendships he and Marie made over those years will be cherished forever.

Harry’s Catholic faith was important to him. He was an active member of the Catholic Knights Insurance Society for many years and received a gold rosary for 50 years of membership just a few years ago. Along with other devoted parishioners at Sacred Heart Church in Cashton, Harry spearheaded a committee for a handicapped-accessible addition to the church, which involved many fundraisers and much legwork over a few years. The addition was completed after Harry and Marie moved to Sparta, but when returning to the church in Cashton, he continued to take great pride in the accomplishment achieved by everyone’s hard work — and much prayer. ﻿Fathers John and Gus, associate priests from Ghana who came to serve at Sacred Heart Parish in Cashton, adopted Harry and Marie as their “Mum and Dad.” Harry so enjoyed their special relationship.

Harry was preceded in death by his parents, Herman and Margaret Brueggen; his great- granddaughter, Kathryn Hendrikson; his brothers, Silverius, Chuck, Philip, Roger, and infant brother Paul; and his sisters, Dolores Leis and Bernadine Klinkner.

A Mass of Christian Burial will be at 10:30 a.m. Friday, March 8, at St. Patrick’s Catholic Church in Sparta. Father Eric Berns will officiate, and friends are invited for visitation Thursday, March 7, at St. Patrick’s Catholic Church, beginning with a vigil prayer service at 3:45 p.m. Visitation will continue from 4–8 p.m. at the church. Visitation will also be at the church on Friday from 9:30 a.m. until the time of service.

Memorials in Harry’s name may be directed to the Sacred Heart Handicap Fund in Cashton, St. Patrick’s Parish in Sparta, or Mayo Clinic Franciscan Hospice.

The family would like to thank the staff of Mayo Clinic Franciscan Hospice and ninth-floor nursing staff for their support and for providing Harry with such tender, loving care during his final weeks and days.

The Torkelson Page-Smith Funeral Home of Sparta is assisting the family with ar﻿rangements. Online condolences may be offered at www.torkelsonfuneralhome.com.