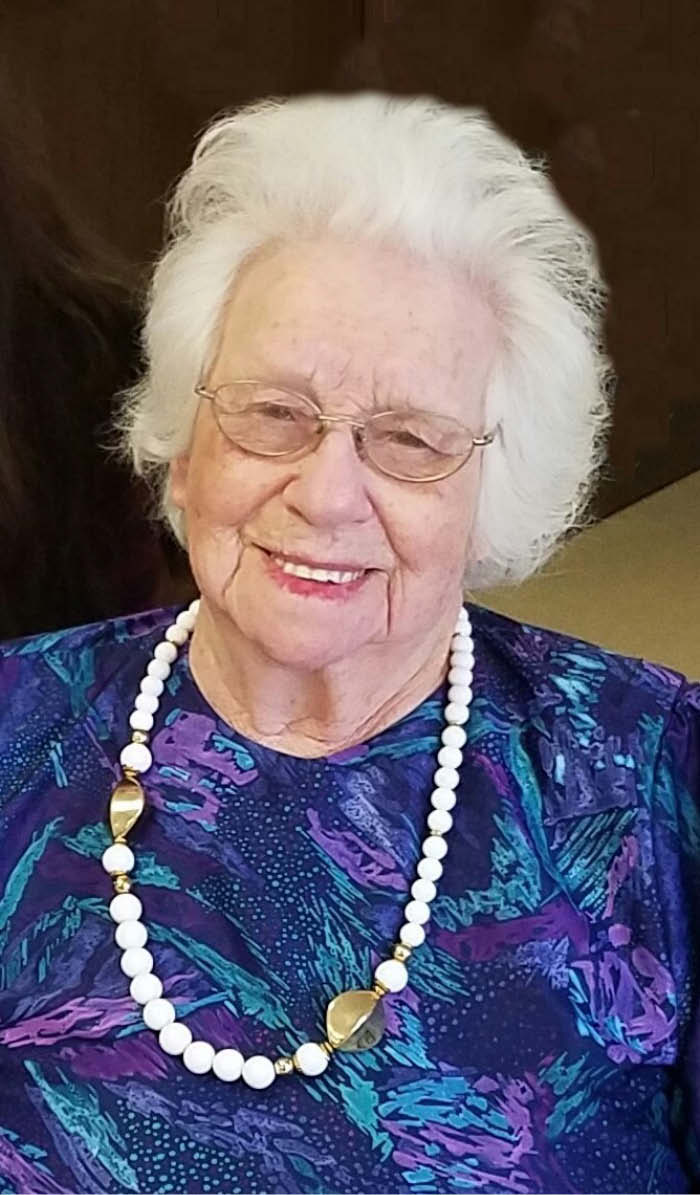 On March 17, 1929, the world was blessed by the birth of Frieda Bell (McDaniel) Grilley. Frieda was born to Joseph and Lena (Sherrick) McDaniel in the Dell area. Frieda spent her youth in the Dell and Clifton areas, and then the family moved to Elroy on two area farms. While living in the rural Elroy area, Frieda walked to work to the Elroy Bakery while still attending school. Frieda graduated from Elroy High School with the class of 1947, by candlelight due to a late May snowstorm.

Frieda then met Keith G. Grilley, and they were united in marriage Oct. 30,1948. To this union, two children were born: Steven Merritt and Rebecca Jean. Keith and Frieda started their married life in Elroy, but in 1967 moved to Altoona, Wis., to follow the railroad where Keith worked. While there, in 1968, Omer and Keith built a house on Hayden Avenue. Frieda called this home until health reasons caused her to move. Frieda had a 1978 Chevy Impala, and it was known as one of Altoona’s landmarks. Frieda and Keith were married for a few months short of 50 years when he passed on June 30, 1996.

Frieda was a devoted wife, mother, grandmother, and aunt. She will be remembered for always putting everyone else’s needs in front of her own. Frieda was a faithful servant of the Lord. She attended the Elroy and Altoona United Methodist Church, where she had numerous duties: church photographer, cleaning, and ladies’ circle, but her most remembered one will always be from Altoona, her sitting in the same pew, wearing a hat every Sunday, for 50-plus years.

Frieda was known for her baking, from her famous white cookies with one raisin to her homemade bread, which she seemed to pick the hottest days during the summer to bake. Frieda was a member of the Elroy Legion Ladies Auxiliary for over 55 years.

Frieda and Keith enjoyed camping in their homemade camper their entire married life.  In her later years, she enjoyed traveling to farther-off places like the Holy Lands, where she even rode a camel; to Ireland; to Washington DC; and several trips to see her sisters in California and Nevada.

Frieda always said both her parents were Irish and she was born on St Patrick’s Day, so she was 100 percent Irish.  She was even the Queen of the Madison St Patrick’s Day parade. It would also be safe to say that Frieda never drove past a garage sale and didn’t stop in to buy items for someone else in her family.

She was preceded in death by her husband, Keith; her parents; 17 brothers and sisters; and numerous other relatives and friends.

Visitation will be at 1 p.m. Tuesday, Oct. 20, at the Picha Funeral Home in Elroy, with graveside services at 2 p.m. at Millard’s Prairie Cemetery in rural Elroy. For online information, go to www.pichafuneralhomes.com.