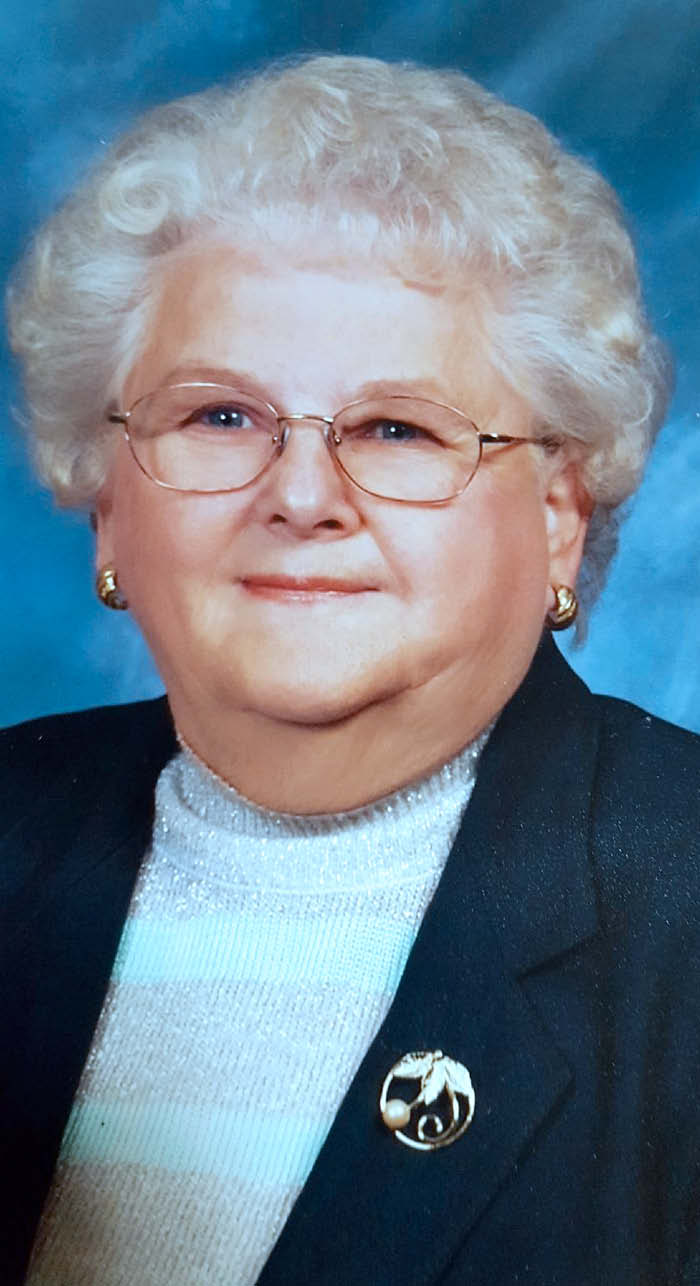 Florence L. Krause, 89, of Sparta and formerly of Tomah passed away Feb. 12, 2020, with her loving family by her side at Rolling Hills Rehabilitation Center in Sparta.

She was born May 10, 1930, to George and Florence (Oldfield) Klump in Elroy. Florence attended Kendall High School, graduating in 1948. On June 7, 1952, she was united in marriage to Norbert “Nubs” F. Krause. Together Florence and Norbert farmed and raised their family until 1968, when they moved to Wilton and later to Tomah. He preceded her in death March 15, 2001.

Earlier on in life, she took a job at Madison General as a nurse’s aide. Along with being a farmer’s wife, Florence was also employed at Tillman’s Produce for several years, at Wilton Elementary School in the cafeteria, and for more than 20 years at Tomah Memorial Hospital in the food service department.

The church community at St. Paul’s Lutheran Church in Wilton was very important to Florence. As a member of many years, she enjoyed participating in the WELCA group. She dearly loved to sing in church and the times she spent with her church family.

Florence had a delightful, bubbly nature about her. Many days she enjoyed were spent tending to her flowers beds and tidying up her yard. She never turned downed the opportunity to take an afternoon drive through the countryside, especially around the Cashton Amish area. Her grandchildren were her pride and joy, and she was their biggest fan; attending their events and cheering them on were moments that she and her family will treasure.

She is survived by her son, Richard (Marilyn) of Milton, Wis.; her granddaughters, Amanda (Mark Mueller) Taylor of Camp Douglas and Tomika (Steve) Corwin and Amanda (Butch) Redders, all of Janesville; her great-grandchildren, Kayle, Jesara and Jacey; her sisters, Doris Prochaska of Sparta and Shirley Winkelman of Portage, Wis.; and her sisters-in-law, Orale Klump of Rockford, Ill., and Donna Klump of Tomah. She is further survived by many nieces, nephews, other relatives and many friends.

She was preceded in death by her parents; her husband, Norbert; and her siblings, Helen, Phyliss, George, Terry, Angie, Francis, Leonard, Norman and Kathleen.

A Funeral service will be at 12 p.m. Wednesday, Feb. 19, at St. Paul’s Lutheran Church, 401 Mill St., Wilton. Pastor Cathleen Morris will officiate. Burial will be in the church cemetery.

Relatives and friends are invited for a time of visitation on Wednesday at the church from 10 a.m. until the time of the service.

The Smith-Nelson Funeral Home in Wilton is assisting the family with arrangements. Online condolences may be given at www.sonnenburgfamilyfh.com.