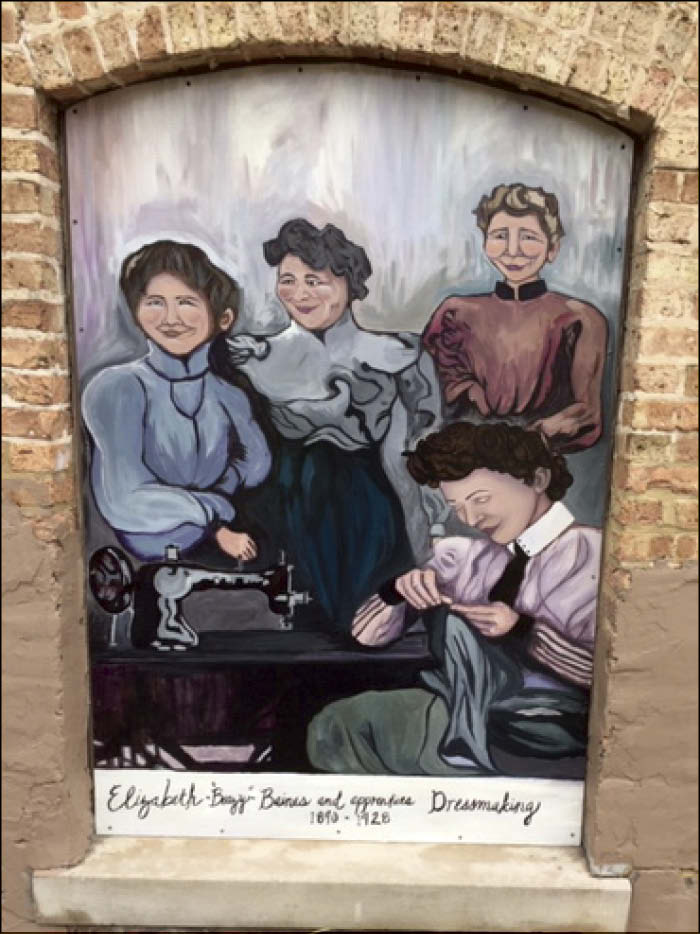 New murals have been installed on the south wall of the Elroy Museum. (Contributed photos) 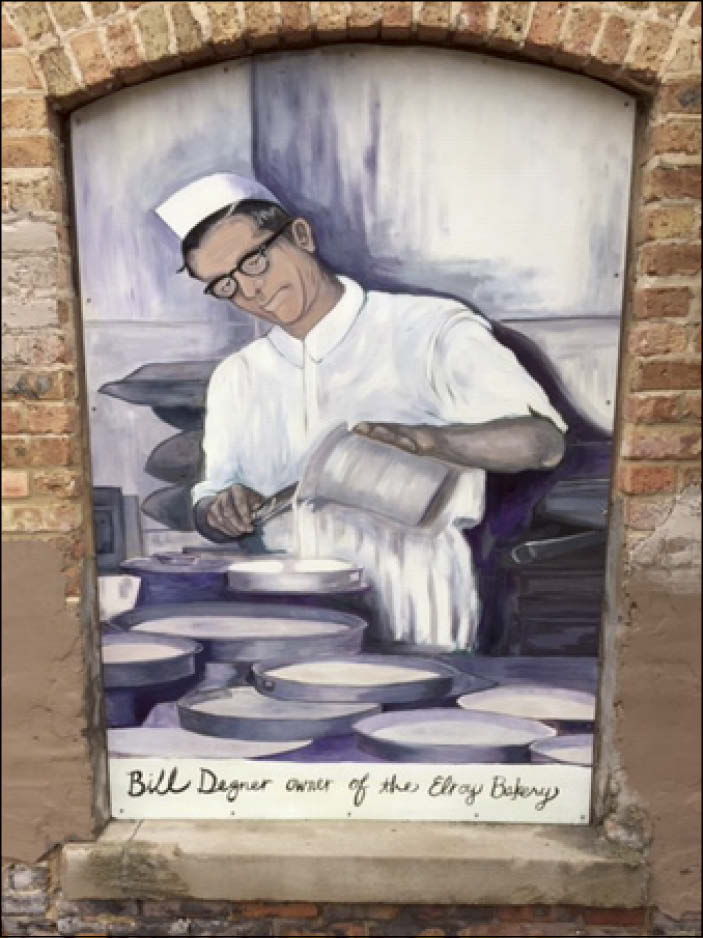 Contributed by the Elroy Museum

Looking for an interesting way to spend a Saturday or Sunday afternoon this summer? Come to the Elroy Area Museum, which is located on Elroy’s Main Street, and take in all of the Elroy-area history from the early 1800s to the present.

New this year are two beautiful murals, the naming of Art Overgaard to the museum’s Wall of Fame, and an enhanced model railway.

As you visit or drive by the Elroy Museum and its adjoining park, you will see two new murals on the south wall of the museum. These murals tell the story of two Elroy businesses from the past. In one of the murals, Irene Goode and her seamstresses pause while creating clothing. On the other mural, Bill Degner is hard at work in the Elroy Bakery. Bill later went on to create the Degner Insurance Agency in Elroy.

These murals are the creation of Sarah Haight, daughter of Sam and Christie Williams. Sarah is a professional artist who now lives in Ixonia, Wis., but has longtime Elroy roots. She created these murals from archival photographs from the museum and the Elroy Public Library’s collection. Using her talents, she added artistic flair to the black and white photos.

But there is more to the story of these murals than you might realize! Sarah was preparing the mural boards for painting in August 2018. She had them stored in the basement at her home, which was near County Highway O and S. Franklin Street in Elroy, near the Baraboo River. Since Sarah was not at home the night the late August rains began pelting down, her mother Christie decided to check on the artwork. At 2 a.m., Christie was in the basement, moving the boards; a window caved in, and the basement began filling rapidly with fast-rising Baraboo River floodwater. Christie was able to get up to the main floor only to find that the house, her car, and the entire area was in the middle of the worst flood to hit Elroy in years. No lights, no phone, no escape route, and no one knew she was there. She stayed in the doorway for hours, watching the water rise. Christie was discovered by the Elroy Rescue Squad at 4:30 a.m. and taken to safety.

Needless to say, the murals were destroyed, but they are unimportant. Christie and Sarah are both fine. The museum provided new mural boards, which Sarah turned into beautiful art. So when you walk or drive by the museum and Campbell Park next to the museum, take a moment to savor this historical artwork.

Also new this year is the addition of Art Overgaard to the museum’s Wall of Fame. Anyone living in the Elroy area in the 1930s to the 1960s knew of Art as a very successful business man with a variety of industrial, farming and commercial operations. Foremost for the Elroy area was the Overgaard gravel pit operation, which was located about 5 miles east of Elroy and a major employer in Elroy for more than 30 years. In addition, Art built the Valley Inn Motel/Restaurant in the 1950s, and it is still in business today.

Although not new, the model train exhibit, which was built in the 1990s, has had a complete updating, including new track and engines. This update has the

model train running smoothly again for all of the children to enjoy.

This update was a major undertaking, and anyone willing to make a donation to offset the cost of the train repairs should contact Zach Bender ([email protected]). The model railroad project is being done in three stages, with the first stage now complete. If enough funds are raised, this winter we will begin the second stage, which will include many upgrades to the scenery.