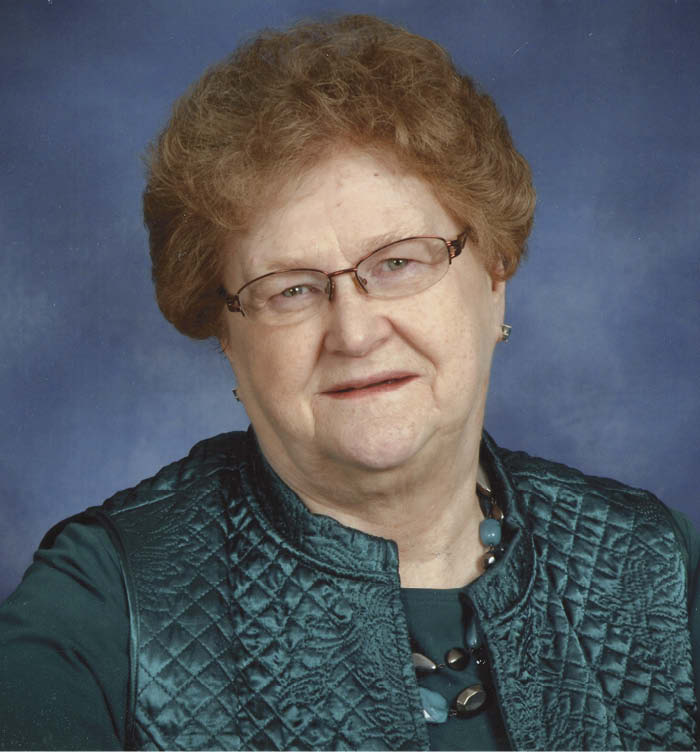 Diane Elizabeth Wilde, 77, of Elroy passed away Saturday, Nov. 23, 2019, at her home, surrounded by family, after a short battle with cancer.

She was born May 24, 1942, on the home farm on St. Mary’s Ridge, Monroe County, to Bernard and Nora (Schmitz) Brueggen. Diane attended Catholic grade school on the ridge and graduated from Cashton High School in 1960. She married Charles Wilde on Sept. 29, 1962, at St. Mary’s Catholic Church. They lived in Kenia, Alaska, and Wausau and Wilton, Wisconsin, but resided most of their lives in Elroy.

Diane worked a variety of jobs throughout her life, many of them caring for children. Her last job was as a cook at the Children’s Cottage in Elroy. She especially enjoyed going into the baby’s room to rock a little one.

Diane was a member of St. Patrick’s Catholic Church in Elroy, its Altar Society, Elroy American Legion, and Red Hat Society. When she was healthy, she prayed in Union Center at the Perpetual Eucharistic Adoration at St. Theresa’s.

She enjoyed playing cards and dominoes, making ceramics, cooking and baking for others, and sending warm wishes through greeting cards and notes.

She was preceded in death by her husband, Charles, on Oct. 20, 2005; her parents; her brothers, Don and Urban; and a grandson, Daniel Wilde.

In lieu of flowers, the family asks that you please send a donation to Hospice Touch in T﻿omah or St. Patrick’s Catholic Church in Elroy.