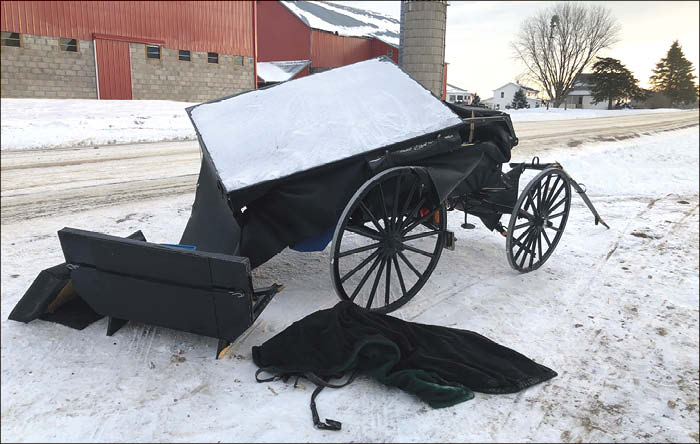 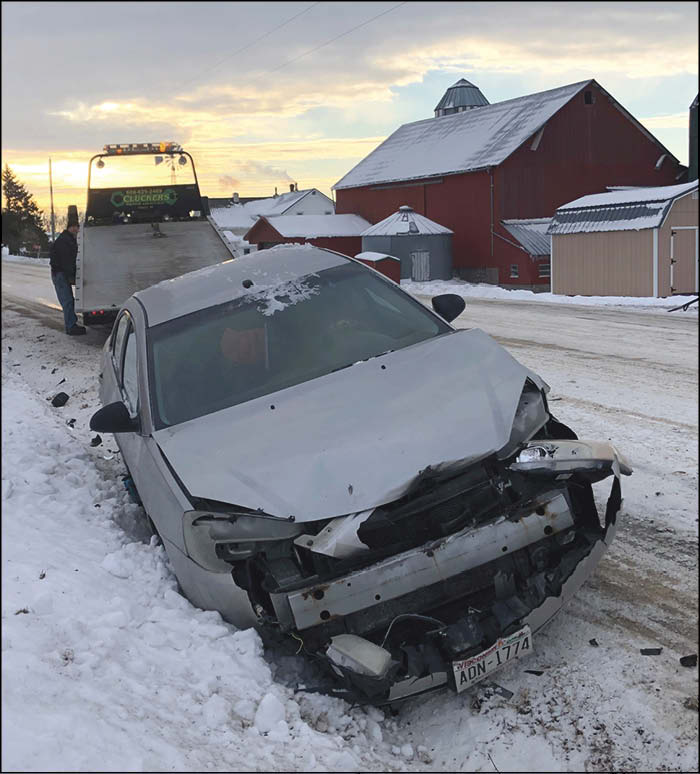 A two-vehicle collision occurred at about 7:30 a.m. Tuesday in the town of Clinton, according to Vernon County Sheriff John B. Spears.

Colby J. Wyman, 19, of rural La Farge was driving a car westbound on County Highway D, just west of Hall Road, as Emanuel C. Hershberger, 69, of rural Westby was operating a horse-drawn buggy. Hershberger had just entered the roadway by making a right (westbound) turn from a private driveway along the north side of the roadway ahead of the Wyman. Hershberger traveled about 200 feet west before he was struck in the﻿ rear by the Wyman vehicle.

Wyman said he had attempted to stop, but due to the extreme cold and hard-packed snow, his brakes locked. There was an uninvolved, oncoming (eastbound) vehicle beside the buggy when the collision occurred.

The Vernon County Sheriff’s Office is investigating the incident.