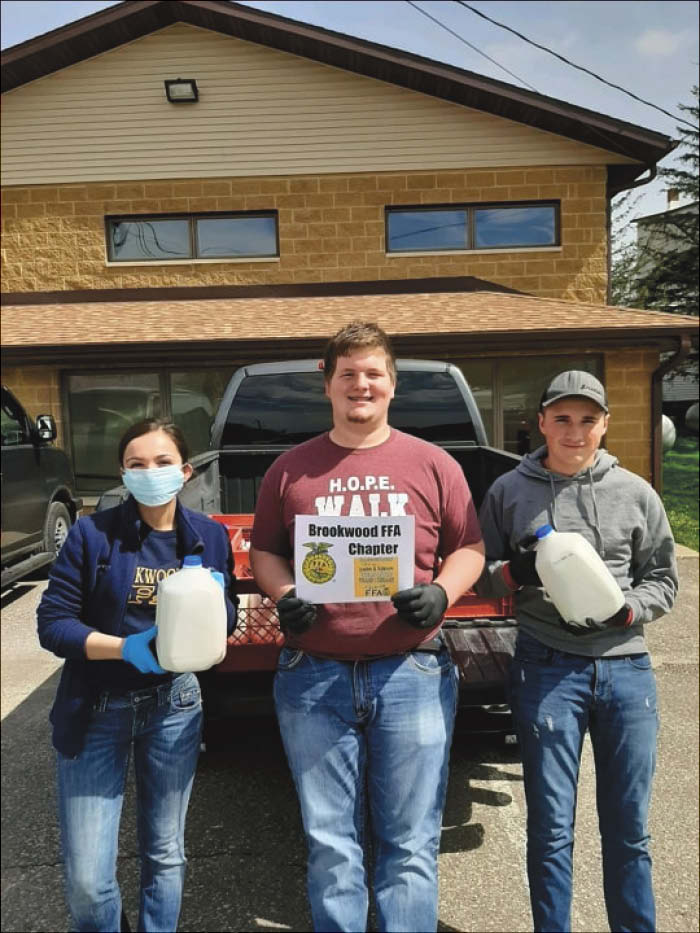 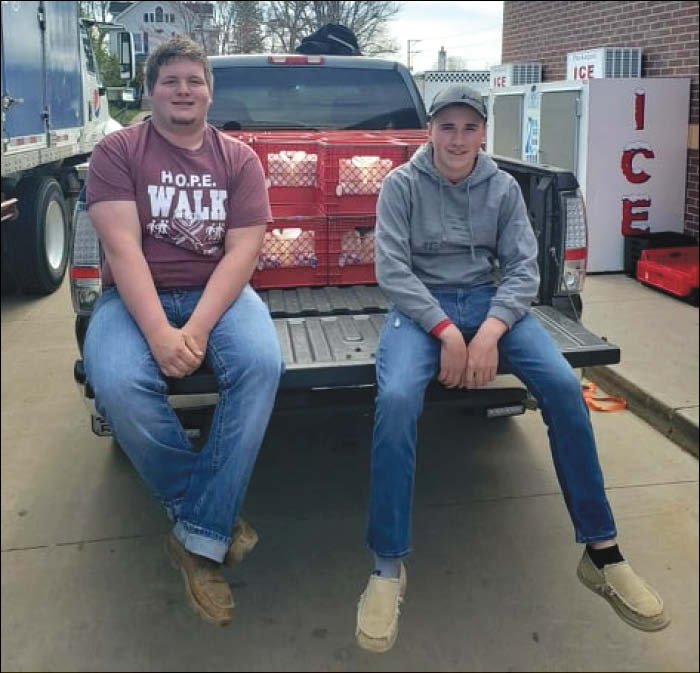 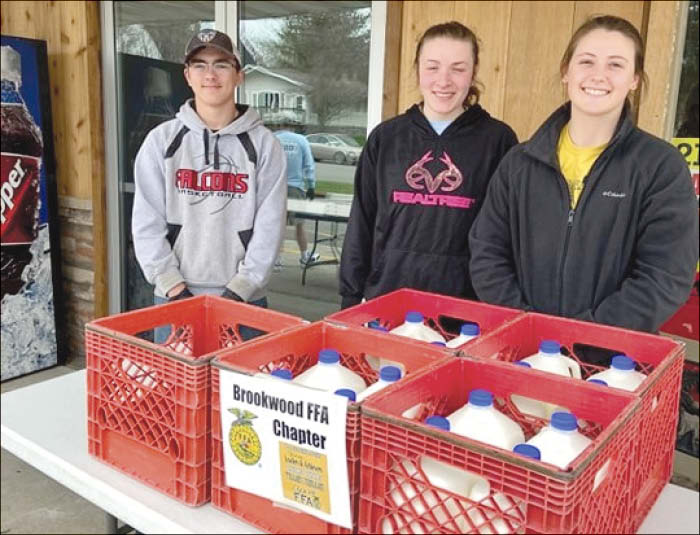 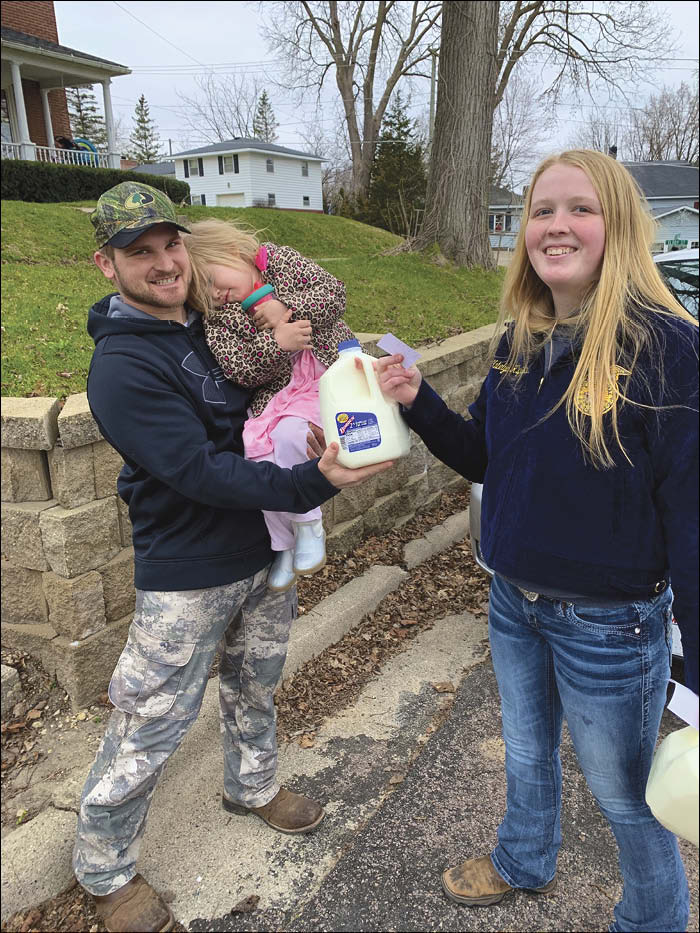 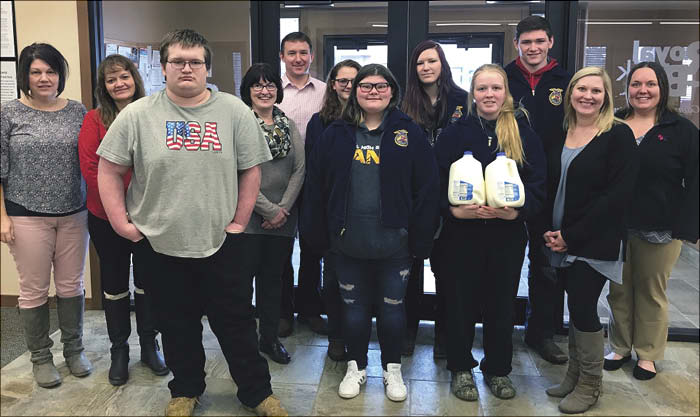 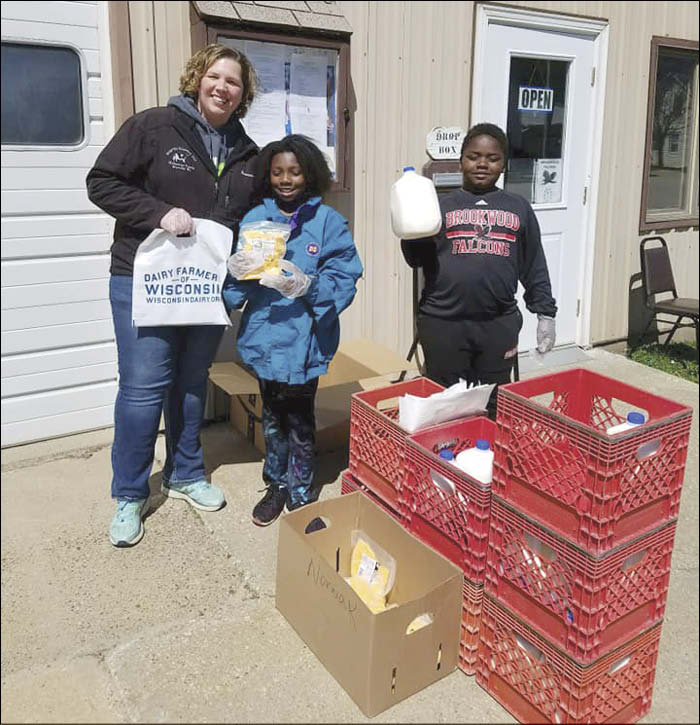 Donations raised by the Wallermans are set aside for the Norwalk-Ontario-Wilton School District. (Contributed photo)

A flurry of dairy donations has been made to local schools over the past few weeks. The following are some examples of how local groups and farmers are directing dairy products to kids.

What dairy farmer would not prefer seeing their product in the tummies of hungry children rather than seeing it dumped on the ground?

Amanda and Doug Wallerman of Ridgeville Holsteins Too were able to avoid that unpleasant experience recently. The Wallermans sought donations from the many suppliers they work with on their farm. With that money, they purchased milk from Grassland Dairy. Working through the Valley Ville 4-H Club, which Amanda leads, they were able to donate 900 gallons of milk, 225 pounds of cheese curds, 217 pounds of cottage cheese and 150 pounds of butter to the Norwalk-Ontario-Wilton School District food program.

Help for packaging also came from Nordic Creamery in Westby and from Grassland. Amanda said she hopes to continue the project if the school proceeds with a summer food program.

Six farm families near Kendall purchased 250 pounds of butter to donate to the Royall and Wonewoc school districts. Jeannie Jones organized the effort, and Rich and Mary Houzner, Ken and Mary Cook, Brian Friske, Garrett Nielsen and Ron and Patty Leis contributed toward the purchase. All of the farmers ship their milk to Grassland.

Jones said she was inspired by the recent FFA milk challenges and wanted to find other ways to promote dairy.

Each family in both school districts received one pound of butter.

The Royall FFA has participated in two milk challenges this school year, the first of which has been ongoing since the end of January, and the other just occurred a few weeks ago.

The Royall FFA challenged Royal Bank, which donated the next week.  Each week, a different business is challenged to donate the milk, and then that business challenges someone else.

Donations are scheduled to be made by Joyce Finucan, St. John’s Lutheran Church and 3 Sisters Treasures of Kendall.

Adviser Beth Kolodzinski said, “So the challenge is still going strong, and we hope to keep it going for a long time.”

In the second challenge, the Royall FFA purchased 89 gallons of milk and donated and delivered it to the families in the Royall School District who are receiving school meals.

The Brookwood FFA did a milk challenge “as a way to support our dairy farmers during this pandemic, but also to provide nutrient-dense dairy products to our families that were receiving meals through the lunch program,” said adviser Bailey Hart. “(We were) essentially helping farmers and our community all at once.”

The FFA purchased its milk through Kwik Trip in Tomah, donating 135 gallons.