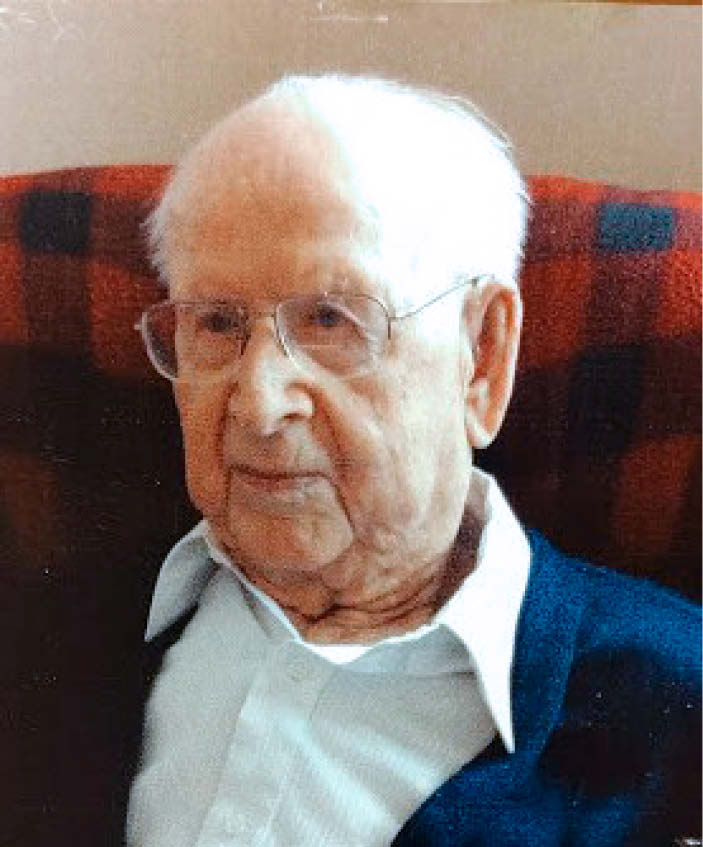 The Lord called Alvin E. Cook home on Friday, Oct. 18, 2019, at the Rolling Hills Rehab Center in Sparta, at the age of 102. He was born July 24, 1917, to Gottlieb and Luella (Grassman) Cook in the town of Clifton. He lived 98 years of his life on the family farm in the town of Clifton. From there, he lived nearly four years at Sun Haven LLC in Ridgeville.

He was united in marriage to Ruth Westphal on June 8, 1940, at Immanuel Evangelical Lutheran Church. Alvin and Ruth farmed in the town of Clifton until 1973. He then worked briefly for Tillman’s of Wilton, followed by 30-plus years selling cheese for NFO in Tomah. During this time, he also served 30 years as chairman of the Town of Clifton and served on the church council and the Graf School Board. He was a faithful member of St. John’s Evangelical Lutheran Church in Kendall. He was an avid dancer, and he enjoyed tinkering with wood creations, Oliver tractors, and watching birds, crops and flowers.

In addition to his wife, Ruth, he was preceded in death by a son, Dale; his parents; and nine siblings, an infant sister, Marvin and Evelyn Cook, Martha and Edwin Witt, Margaret and Arthur Harmel, Alma and Myron Von Haden and Stanley Crawford, Charles and Mildred Cook, Floyd Cook, Rudolph Cook, Leila and Charles Dickenson.

Relatives and friends were invited to call on Sunday from 12:30 p.m. until time of services at the church.

Trust in the Lord with all your heart and lean not on your own understanding; in all your ways acknowledge him, and he will make your paths straight — Proverbs 3:5,6 (This was Alvin’s confirmation verse)

There will be no individual acknowledgements from Alvin’s family. They wish to thank EVERYONE for their gifts of memorials, flowers, thoughts, visits, and prayers for them at this difficult time.

The Smith-Nelson Funeral Home of Kendall is assisting the family with the arrangements. Online condolences may be sent to www.sonnenburgfamilyfh.com.﻿